A SCHOOL BUS WENT THROUGH AN ACCIDENT IN DUBAI

Ali Raza September 9, 2019 News, News in Image, World Comments Off on A SCHOOL BUS WENT THROUGH AN ACCIDENT IN DUBAI 91 Views

At least 15 children were injured in a collision between a school bus and a tanker this morning in Dubai.

A school bus has been hit by a bus early this morning in Dubai, which has injured 15 children on the bus. Dubai Police reports on an official Twitter account this morning that a bus from Alorqa’s private school, “Our Own High School”, was taking children to school and was suddenly hit by a water tanker. Fifteen children were injured, besides the bus supervisors and the driver of the tanker were also injured. All the injured were shifted to Rashid Hospital immediately. 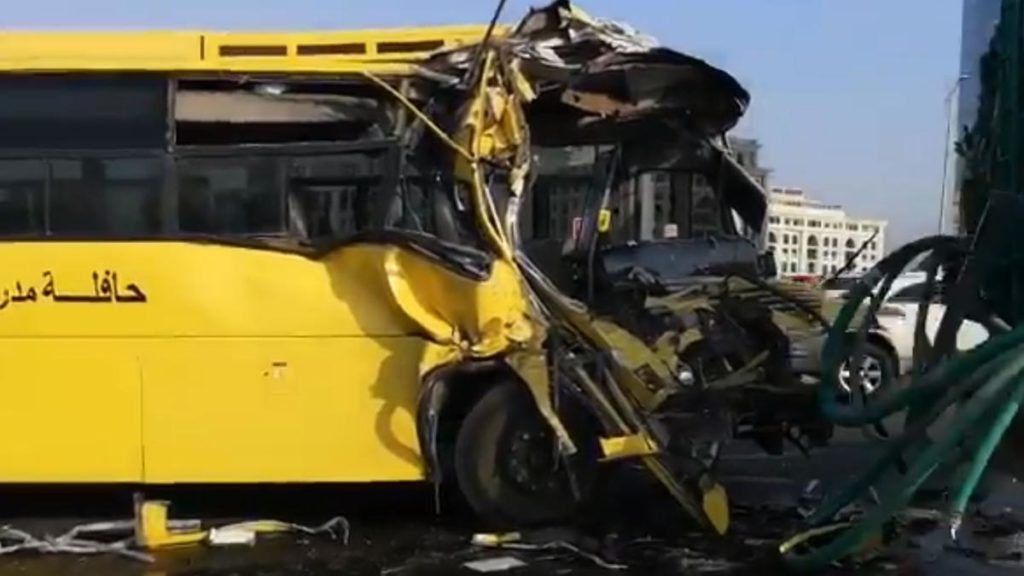 The condition of all the injured is reported to be satisfactory. The school administration has also confirmed to the local newspaper that a school bus has been hit by the accident this morning but no student is in critical condition. The injured suffered minor and moderate injuries that have been shifted to a local hospital for ointment. 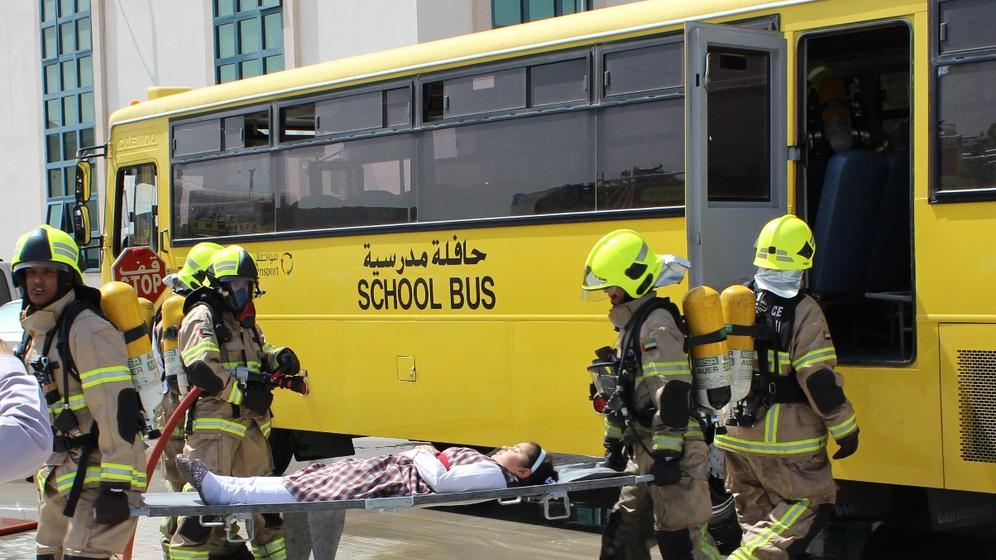 In the morning, police were told that after the accident, there was a severe traffic jam on the business bay crossing on the road to Elbert, which prompted drivers to alternate to avoid getting stuck in traffic. Use the routes. However, police later told that the bus and tanker on the spot had been removed, after which the traffic was flowing normally. Police have launched an investigation to ascertain the cause of the accident.