Facebook, Instagram, and WhatsApp, three of the most useable Social Networks were reported to notice to have some default as the users in different parts of the world were unable to avail some of the basic features of the Apps on Wednesday 3rd July 2019.

These apps are being used throughout the globe at a high pace. Of which about 14,000 users of Instagrams, 7,500 above Facebook, while about more than 1,600 users of WhatsApp had submitted the reports of experiencing an issue in the picture and videos.

According to DownDetector.com, the outages started around 8 a.m. ET, affecting users across the world. The heaviest hit of the inconvenience in the usage of these Apps had been seen among the users of US and the United Kingdom says the outage tracking Website Down-Detector. While the other affected countries included in facing the usable trouble were Asian Countries, Singapore, and Manila.

The frustrated users were all gathered on the tweeter to get their frustration out and the top[ trend which was going on through the tweets was hashtagged #instagramdown, #facebookdown and #whatsappdown.

Whereas, Facebook users said to have trouble logging in and accessing their feeds, and also viewing and posting pictures.

While the users of WhatsApp were having trouble sending, viewing, and downloading images, videos, and files.

Currently, Facebook is owing to all these platforms, which stated that they were already acknowledged of all the troubles being faced by the users and they are on their way to get everything fixed up on their earliest.

A spokesman from Facebook said, “We’re aware that some people and businesses are currently having trouble uploading or sending images, videos and other files on our apps.” “A team is working to get things back to normal as quickly as possible,” he added.

Note: The issue has been resolved within the 24 hour by the authorities and the Apps are now on their normal usage.

In petition lodged by the Chaudhry brothers of PML-Q, the Court gives notice to NAB

Student’s solidarity march across the country 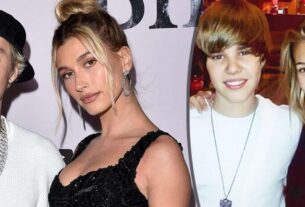 Justin Bieber, Hailey’s aunt, early to have a discussion