Asia Bibi, a 53 years-old mother of five and a Pakistani Christian woman has moved to Canada after spending about eight years on a death row in Pakistan due to the charge of blasphemy where she is supposed to reunite her family on Tuesday. She was freed of the charge last year but even after she had to live in hiding here in Pakistan.

“I am happy that she has been allowed to leave the country.”

He said the Canadian embassy has made the arrangement for the couple’s move.

“She will be more secure in Canada.”

“I think it is a wise decision by the government of Pakistan to let her go. After all, they did not have any legal justification to bar her from traveling because she was a free citizen after the Supreme Court’s decision,” he added.

The US Secretary of State Mike Pompeo stated in this regards:

“The United States welcomes the news that Asia Bibi has safely reunited with her family.”

“Asia Bibi is now free, and we wish her and her family all the best following their reunification.”

Justin Trudeau- Canadian Prime Minister, refused to confirm of her arrival in Canada while talking to the reporters outside the parliament:
“There are sensitive privacy issues and security issues on this and so I can’t comment,” Trudeau told reporters outside parliament.

Whereas, UK Prime Minister Theresa May confirmed her departure to Canada:

“Canada made this offer and we thought it was right and appropriate that we supported the offer that Canada had made.”

While a family member of hers has confirmed that Asia’s daughters were in Calgary – a city in Canada waiting for their mother and that:

“Canadian authorities will keep the family under tight security and Bibi will not interact with media.”

LAHORE ONCE THE CITY OF GARDENS IS RUNNING OUT OF OXYGEN 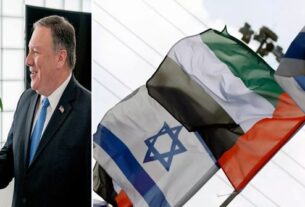 Pompeo to visit the country after the UAE-Israel deal