Pakistan Tehreek-e-Insaf Leader and Anchor Person Aamir Liaquat By the Way news adornments remain.  Aamir Liaquat, however, became particularly adept at this time When they married Tuba the second time. Amir Liaquat also participated in several programs with Tuba after his second marriage.

The program host Fiza Ali has been claimed by That Aamir Liaquat had offered them a wedding before Tuba. However, she was in severe depression at the time of her divorce for this reason Aamir Liaquat was denied.

According to the details, the leading actress Fiza Ali said That Aamir Liaquat had asked me to marry him on the show in front of his wife. He is a very good, clean hearted and playful person. Nothing happens in their hearts. they say, whatever they have in mind. In an interview, Fiza Ali said that Aamir Liaquat had purposely proposed I did not meet them, nor was there anything like that. I was in Karachi for a job When they found out that I was divorced, they talked to me about the relationship.

On the other hand, social media users have criticized Fiza Ali. That she spoke to Tuba regarding Aamir Liaquat’s marriage proposal How would they feel if they did the same thing in the presence of the Fiza husband. 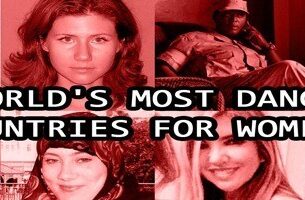 10 World’s Most Dangerous Countries For Women’s