The Pakistan People’s Party is one of the political parties in Pakistan that has made the most sacrifices in the political arena. Its founder Zulfiqar Ali Bhutto, blessed by God with four children, including his eldest daughter Bay Nazir Bhutto, took over the party’s leadership at a very young age after her execution was replaced by her son Bilawal Zardari after Benazir’s assassination. But with time, the party’s responsibility is now being handed over to his youngest daughter Asifa Bhutto Zardari. Political critics ca

llAsifa a picture of Benazir Bhutto, and in many respects, she is being compared to Benazir Bhutto. Yes, today, we see the similarities between the two.

Asifa Bhutto is the youngest daughter of Benazir Bhutto and Asif Ali Zardari. Her birth date is February 3, 1993, while her mother Benazir Bhutto’s date of birth is June 21, 1953. If the birth numbers of both of them are added together, it becomes 27. According to those who know the science of numbers, 27 adds up to 9, and the people with this number are strong and innate leaders of intention.

Asifa Bhutto, the youngest child of her parents, was named by her father, Asif Ali Zardari. She was very close to her father since childhood. The same was the case with Benazir Bhutto. She also lived with her father in all political activities from her childhood and was closest to her father than any other child, and in case her father was imprisoned at an early age. He was placed under house arrest. After which, she was exiled after her father’s execution while Asifa’s father also went to jail when she was only three years old, and then till the age of eleven, she went to visit her mother. She used to go to jail with him.

3: The Shock of the Death of a Loved One

Asifa Bhutto and Benazir Bhutto also have similarities in that it was a significant event in their lives that Benazir Bhutto also suffered her father’s execution at an early age. She had to step into practical politics before. The same was true of Asifa Bhutto, who faced the aftermath of the 2007 assassination of her mother, Benazir Bhutto, and spent much of her life in exile.

Like Benazir Bhutto, Asifa Bhutto proved to be a hardworking and successful student during her academic career. Asifa graduated from Oxford University with a degree in Sociology and Political Science, while her mother, Benazir Bhutto, graduated from Howard University with the same subjects. After graduation, Asifa, like her mother, completed her master’s degree and then entered the political arena.

This review proves that those who are calling Asifa Bhutto an image of Benazir Bhutto can hope that in her form, the country will get educated young leaders who will help develop this country. Can play an important role. 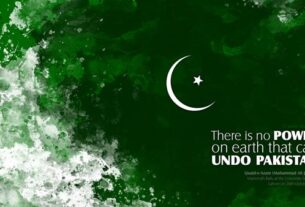 Decorate your DP with Independence Day Frame to show some Love 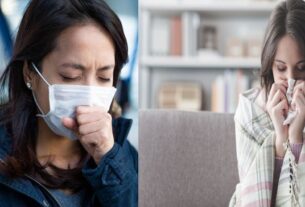 WHAT HAS THE CHANGING WEATHER GOT TO DO WITH COVID 19?