Senate Sadiq Sanjrani, chairman of Senate, begins to receive congratulations from members of the government after defeating the alliance.

PM’s advisor Usman Dar said on Twitter after the Senate election results Father’s Rescue movement fails again!  It would be better for Maryam Safdar and Bilawal Zardari to start a non-confidence movement.

PML-N vice president Maryam Nawaz reacted to the chairman’s Senate election, saying on TwitterNot a game that boasted of scoring a few votes by threatening to draw, An embarrassing act that cannot succeed every time. Democratic forces must snatch their right without fear how long will the select be welcomed? Counterfeiting has to end one day. The movement should regain confidence.

In another tweet, she said the chairman lost 65 votes in the Senate election. While 36 votes have been won, Pakistanis may now have realized that the national election of 2018

Maryam Nawaz further said Nawaz Sharif does not compete in the field of the field can only be done “secret” through the ballot which will not be secret, Nawaz Sharif will win Insha Allah.

On the other hand, opposition leader in the National Assembly Mian Shahbaz Sharif says the richest magic is gone. There is a conscience in the election of the Chairman of the SenateWith 14 votes cast, democracy has been damaged today and conscience has spread. 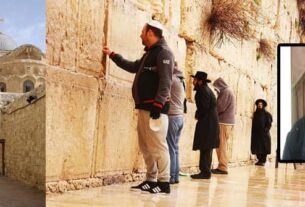 We will use force against Turkey if necessary