Lahore resident Hamza Mukhtar fell in love with Pakistan’s national cricket team captain Babar Azam. She has said about the serious sexual allegations that she has spent crores of rupees on Babar Azam. No doubt Babar Azam also worked hard with my financial support. She used to earn Rs 40,000 in a beauty parlor and spend it all. She paid interest of Rs 7 million on him, which I paid off a year ago. My demand is not for money but marriage.

Speaking at a press conference at the Lahore Press Club, Hamza Mukhtar said that Babar Azam had offered her marriage at her house in 2010, but the two families did not agree. Living in different places in the housing society, Babar refused to marry me, considering the circumstances.

According to Hamza, she had given all the income earned by working in the salon to Babar Azam. Babar Azam has threatened to kill and intimidate me, the legal team can tell about my legal action, I have not been silent for ten years, but even in 2017, I went to the police station, my complaint was registered there. Still, I was reconciled because I loved Babar Azam. If there were no love, I would not have gone to this extent. Without greed, no one would do this to anyone. I have no desire. The lover does not have a record. If there were love, I would even go with him. Granted, I am not tolerant of a single penny of Babar Azam. I am a self-made woman. I worked hard to reach a particular place. There is no doubt that he also worked hard. He is a great player.

But for all this to happen, a man also needs financial support. Babar Azam will have crores of rupees in four years. If he had been earning Rs 40,000 in a beauty parlor, everyone would have spent on it. He took his iPhone, charged Rs 7 million on me. I paid for this interest a year ago. I have never had any proof. My demand is not for money but for what I have been rewarded for my hard work. My only request is that he should marry me. I will raise my voice everywhere because I have seen that Babar Azam denies me.

She claimed that he had played a key role in making Babar Azam a cricketer by providing financial support. She said that she has come out openly to shed light on the sexual and economic exploitation endured by Babar Azam.

Further, she said that after Babar’s selection for the national team, his attitude towards her started changing. She said there were circumstances where she could not go home, and Babar had promised to marry her when the time was right.

Hamza claimed that she became pregnant in 2015 and when Babar found out, he tortured me and later forced me to have an abortion with the help of his two friends and brother.

Additionally, Hamza claimed that Usman Qadir also knew about the whole incident. Hamza added that Babar forced her to return home and reconcile with his family.

RUSSIA ALSO STOOD WITH IRAN AFTER CHINA AGAINST US THREATS 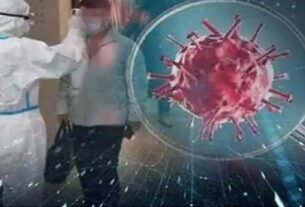