The government has made plans to pass the additional Rs23 billion burden to the people as Prime Minister Imran Khan has approved a summary jacking up the monthly state-run TV charge from Rs35 to Rs100.
The report will be forwarded for approval to the Federal cabinet. “This incredible 187-per-cent rise in the rate paid by electricity bills has been approved by PM Imran Khan for state-owned television and is now being planned to raise from Rs35 to Rs100 per month,” top official sources confirmed to The News Monday.
According to official documents, the Ministry of Information and Broadcasting shall initiate a review for the cabinet defined in section 10 of the Wireless Telegraphy Act 1933 and The Television Receiving Apparatus (Possession and Licensing) Rules 1970, upon receipt of a resolution by PTV Board to improve the TV license fee from Rs35 to Rs100 per month.
After receiving the resolution, the Prime Minister accepted the outline which will now be tabled in the coming weeks before the cabinet. The state-owned TV faced financial difficulties, so this idea was proposed by the state-run TV Board and it accepted that the state-run TV fee should be improved from Rs35 to Rs100 across the country.
State-run television still gets over Rs5 billion from the savings of voiceless customers, but now it’s projected they’d get Rs23 billion more from them. During the Musharraf regime this concept of charging state-run television fees was introduced as it was an effective way to transfer the subsidy burden to voiceless customer.

Why Trump’s presidency played against Russia 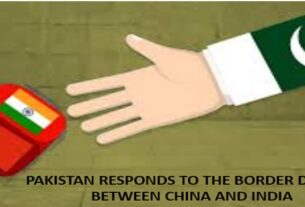 PAKISTAN RESPONDS TO THE BORDER DISPUTE BETWEEN CHINA AND INDIA