IMPORTANCE OF ZAKAT IN ISLAM

Admin April 19, 2019 Islam, Pillars of Islam Comments Off on IMPORTANCE OF ZAKAT IN ISLAM 336 Views

IMPORTANCE OF ZAKAT IN ISLAM

Zakat is the fourth of the five faith pillars of Islam which is also named as Alms giving. It is obligatory upon every able Muslim to give away a fixed amount of his wealth annually for the sake of pleasing Almighty Allah.

The meaning of Zakat is to purify and to grow/ increase in the means of wealth, dignity and honor.

This act of distributing money to the less fortunate doesn’t lessen down the wealth of rich but in fact, it cleanses their money and Almighty Allah rewards them by putting it in double.

Not only this but giving away your money also purifies a person’s heart and even his soul, increases his dignity, makes him generous & humble as well adds him amongst those who are closer to the Al-Mighty ALLAH.

Its importance can easily be understood from this that Almighty Allah has mentioned it in HIS Holy Book  AL. Quran, approximately 70 times at different places along Namaz.

“The alms are only for the poor and the needy, and those who collect them, and those whose hearts are to be reconciled, and to free the captives and the debtors, and for the cause of Allah, and (for) the wayfarers; a duty imposed by Allah. Allah is knower, wise.”

The Importance of Zakat has also been narrated in different Hadiths of The Beloved Prophet (PBUH).

Narrated Abu Aiyub: A man said to the Prophet Tell me of such a deed as will make me enter Paradise. The people said, What is the matter with him? What is the matter with him? The Prophet said, He has something to ask. (What he needs greatly) The Prophet said: (In order to enter Paradise) you should worship Allah and do not ascribe any partners to Him, offer prayer perfectly, pay the Zakat and keep good relations with your Kith and kin.

It is also considered that if Namaz is a physical worship, Zakat is financial worship for the will of Allah Almighty. Basically, by distributing wealth among the needy, Al. Mighty Allah tests his people for their Emaan and those who pass this exam become fully Muslims and their hearts brighten of Emaan & love for humanity.

BY the Zakat system (distribution of money) in the society, the wealth circulates from the rich to the poor which helps them to fulfill their basic need of life. It won’t be incorrect to say that wealth has the same place in society as the blood has in the human body. If the whole blood remains collected only in the heart (i.e.; among the Rich), it will destroy every part of the body (The society) including the heart (the Rich) itself.

Giving away Zakat not only benefits in this world but as well in the world to come (HEREATFER).

It is a reminder that whatever wealth you possess is given by Almighty Allah and we are just collectors of HIS blessings. So a fixed portion that has already been assigned by Almighty Allah, everyone has to distribute among Masarif () each Lunar Year. The truth of the matter is, Allah Almighty does not require Zakat, HE isn’t reliant on anything. Thusly, we are the ones who need Allah’s (SWT) arrangements and endowments.

The motivation behind Zakat is to keep up a balance in the public eye and appropriating the riches taken from the rich and utilizing it to support poor people and facilitating their life in this world. Consequently, it is our ethical obligation as Muslims to give as much as we can to the individuals who need it and help as much as we can!

I as Protoday247 admin am responsible for all the financial statics. Additionally, I am responsible to facilitate our hard-working employees with regards to their salaries/ payrolls. I also look after the balance sheet to find out the company’s profit/loss figure. And most importantly, I entertain our worthy clients by answering all their queries and questions within a possible time limit.
Next Shab e Bara’at (The Night of Forgiveness) 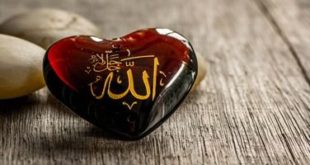 The House of Allah