India is shocked at Interpol’s decision

International News Desk: Interpol denies arrest of Zakir Naik, India is shocked at Interpol’s decision I was not surprised Zakir Naik added that India did not give any evidence against me. All the charges are baseless the Modi government was trying to use Interpol to fulfill its political ambitions.

He added that being on Interpol’s list does not make anyone a terrorist, have to prove, All organizations know I don’t have any crime record. For three years, no evidence came against me Nothing further. Stay tuned Remember that Interpol threw it in the cart against India’s request for a red warrant against Zakir Naik. Indian govt uses Interpol three times to issue red warrant against Dr Zakir Naik. But Interpol has ordered all offices to discard information about Dr. Zakir Naik on the basis of lack of evidence. The Indian government has blamed Dr. Zakir Naik for spreading communalism. 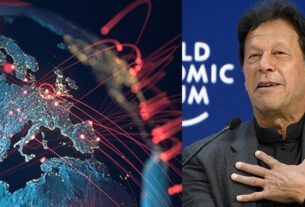 Specific approach to mitigate the effect of COVID-19