A rally outside the Indian Embassy in London, supported by the Indian government following a confrontation between Indian and Chinese soldiers in Laddakh, failed as only 20 members of the Bhartiya Janta Party (BJP) replied to a rally call requesting a boycott of China. The result was frustrating for the organisers who invested thousands of pounds on the ambitious effort to pull out the highest number of diaspora groups outside the Chinese Embassy near Oxford Street, which at its height only gathered around two dozen demonstrators linked to the UK branch of the BJP.

The organizers said the protest was organized on the Indian government’s direct request through its London High Commission to protest the deaths of Indian soldiers in the Galwan Valley of Laddakh, where hundreds of Indian soldiers died in encounters last month with Chinese soldiers.

The Indian government has come under fire for refusing to react to the powerful response from China after India crossed the Actual Control Line boundary. Retired Indian generals have called on the government to punish China for gaining charge of a strategic region of nearly 35 kilometers and killing Indian troops, but the Modi government has stayed quiet – depending on demonstrations at home and abroad.

The organisers of the protest reported getting assistance from the officials of the Indian High Commission for the demonstration. According to the organizers, the protest was organised to condemn China’s “expansionist policy.” The protesters held posters reading “Boycott China,” “Boycott China,” and “Boycott Chinese goods.” The attendance was so small that the members of the BJP combined with the dissident Iranian parties along the road with anti-China banners to make the rally appear bigger and more like themselves.

The protesters relied on the sound system of Iranian protesters who chanted slogans against the Iranian government and demanded that the Shah of the Iranian family return to power. The protestors from the BJP backed Iranian dissident slogans for an hour and then split away to stand at the doorstep of the Chinese Embassy, where the number count was 16.

The protest was led by Overseas Friends of BJP (OFBJP) UK President Kuldeep Singh Shekhawat.
The OFBJP had declared that it had planned to support the demonstration by more than 1,000 group leaders, but one of the organizers admitted that the attendance was disappointing.
The protest movement was conducted via Indian newspapers, social newspapers, and temples that were connected to BJP.

The protest leaders said they backed the human rights of Muslims and other minorities in China in an odd twist of events. Throughout London, the same demonstrators have regularly marched against Kashmiris, Sikhs and Christians who have spoken out against Indian repression and marginalized minorities rights abuses by the Indian Hindutva government. 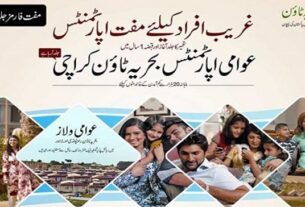 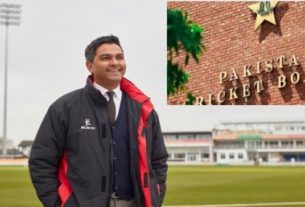 Pakistan Cricket Board (PCB to start next month’s club registration

THE INTERNATIONAL DAY OF COOPERATIVES