Murad, who spoke to the media after appearing before the National Accountability Bureau (NAB), said that proceedings would be followed if it was found that Zaidi had hurt the case, adding that “law is going to take its course” and “Murad Ali shah is not going to investigate it.”
Earlier, at the beginning of the media chat, journalists asked the Sindh CM questions about Ali Zaidi ‘s statements to which he replied by saying: “Please don’t speak about Ali Zaidi, people are sending him unsigned stuff on the street.”

“Someone comes on a motorcycle at night, hands him a paper and he starts telling everybody about it from the next day,” CM Murad said. He recalled an interview in which Zaidi shared details about how he got hold of the JIT’s he presented at the National Assembly. Murad then started describing the Uzair Baloch issue, which has captured attention after Zaidi’s NA speech in which he claimed the suspect had been funded by the Pakistan People’s Movement.

The CM stated that the Rangers arrested Lyari gangster and under the Anti-Terrorism Act (ATA) they took him into their custody for 90 days. He further clarified that at that time the Sindh government had created a JIT to check Uzair after the Rangers made an application. “JIT was also formed under the ATA, it was run by a senior police superintendent,” Shah explained. He added that it included members from the Counter Terrorism Department (CTD) police force, special branch, Inter-Services Intelligence, Intelligence Bureau, Sindh Rangers, and Military Intelligence.

Murad further clarified to the reporters that the JIT had seven representatives, and the JIT leader submitted his report with “initial signatures” to the home department He also informed the court that the same report had been presented as well. The Sindh CM said the provincial government had decided not to publish the report on the advice of the criminal prosecution department advocate general. He further stated that the official had advised against the release of the report because it could alert those mentioned in it.

“Ali Zaidi has shown irresponsibility, alas. Due to the political pressure, the Provincial government released the report, “he said. When CM Murad was further pressed to release the report because of political pressure, he said they had decided to release it because there was no official stamp to show which one was official and created a lot of media confusion.
“This atmosphere has been developed and he [Ali Zaidi] will now be providing answers. Before that, he would have claimed that someone sent him the paper on a motorcycle, “CM Murad claimed.

He added that if the minister had said this earlier, the provincial government wouldn’t have published the JIT, adding that he’d rather “laugh about it.” Murad further shot a broadside and alleged that the “irresponsibility” of Zaidi contributed to the accused being “alert” in the trial. He added that now the minister said that there are three JITs, and again explained that there was just one JIT.

To further prove that the minister ‘s collected documents were false, he clarified that the JIT’s “photocopy” of Zaidi revealed that there were “four signatures” and even contained a CID official ‘s signature, which he said had been discarded in 2015 and transformed into the CTD.
“The name of CID was changed to CTD in 2015, and the original JIT has written CTD on it. I don’t know where they make things up from, “CM Murad said.

The CM recalled how the minister had shared how he had obtained the documents in the TV show. “He revealed in some program that somebody came on a motorcycle and gave his [document] guard and left. Now Allah will send them a brain that a conscientious individual does anything like that in such a significant situation, “the CM Murad said

“The extent of irresponsibility that Ali Zaidi has given me, this is again my view, that there is no other reason for it in terms of the accused,” CM Murad said.
“The JIT was comprised of seven representatives, not six as the federal minister had said. He understands none about it.

Later the minister tweeted that Nisar Morai’s officially published JIT was signed on each page only by five out of six leaders, but on the last page just four out of six.
“PPP needs the recognition from the world! He also blamed the PPP for creating misgivings about the authenticity of the reports he shared. “Out of 6 members, Uzair Baloch JIT has 4 signatures. It also notes explicitly that it is in 2 sections on pg. 2, “Zaid said.

Since Ali Zaidi talked regarding the case of Uzair Baloch in the National Assembly, the Sindh and the federal governments have been at a war of terms. Zaidi had requested Chief Justice Gulzar Ahmed on Tuesday to take suo motu note on the JIT study of Uzair Baloch issued by the government of Sindh, claiming that the initial report had been tampered with. The Sindh govt, meanwhile, questioned the authenticity of the original JIT report by Ali Zaidi on Uzair Baloch. The spokesperson for the Sindh government, Murtaza Wahab, said Ali Zaidi had no official documentation 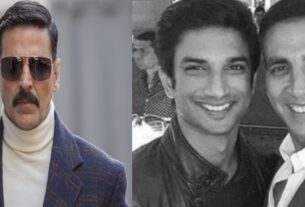