“KARACHI UNDER THE INFLUENCE OF HEAT STROKES AGAIN THIS YEAR” – SAYS MET. CHIEF

KARACHI NEWS: The citizens of Karachi once again are going to tolerate tough situations this summer as Abdul Rasheed– the Chief Meteorologist of Pakistan Meteorological Department has declared 2019 as the hottest year compared to the past four to five years.

On Saturday, Mr. Rasheed announced such weather alerts while celebrating the World Meteorological Day (WMD) in a ceremony entitled as “Sun, Earth & Climate” at the Institute of Meteorology and Geophysics.

According to him, the weather in the coming two months May & June is going to be extremely hot especially the starting three days of the new Solar month- May. The maximum temperature from the 1st to 3rd May may range from 40° – 42° degree Celsius and within the day times, the winds’ flow would be from North or Northwest.

The Met. Officer called the authorities and all stakeholders to advice them to get themselves ready by taking the precautionary measures and also inform the residents of the metropolitan about this alert.

Mr. Sardar Sarfaraz as well spoke about the situation and said Karachi had experienced the south-west winds earlier in April which was because of the influence of the westerly system causing rains in Balochistan and the northern areas.

Further, Mr. Saluhuddin spoke in the ceremony, saying “We have cut off our forests in huge quantity without considering of the climate which has affected our environment fiercely and the responsibility of all the climatical changes and many other things goes to us, people” 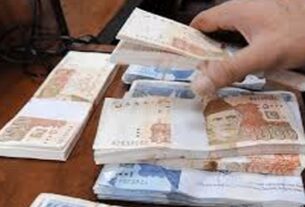 SALARIES OF GOVERNMENT EMPLOYEES IS LIKELY TO END

After the Taxi, Uber Also Started the Helicopter Service

Warning…! The “Mola Jat” is not meant for children