Lahore Development Authority’s report claims that the city’s oxygen is completely eradicated. Fill up. According to the report, in 1990 there were 19,522 acres of trees in the city of Lahore which in 2017 shrunk to 2,620 acres.

About 17,000 trees were cut down in the city due to the extension of roads and new housing societies. The LDA report will be sent to the Prime Minister of Pakistan soon after which the response will also be brought to the public. According to the report, Lahore is listed as one of the most polluted cities in the world. There is almost equal to zero oxygen in Lahore. In the city, one person needs the oxygen of at least 2 to 8 trees, while there is only a tree for 30 people in the city Lahore.

The sources say that the ruin of Lahore began in the 1980s when the then rulers began to use the settled area to build residential colonies. Lahore City practically terminated on Scheme turning ‘GT Road’ on Chittagong Amarshodo on Ferozepur Road on Mt Multan Road and Badal by Mughalpura Rai Wind Road had no significance at that time. From the turn of the scheme, semi-rural areas were started which, after the Multan Road Chungi, were completely wiped out in the rural areas. The situation was similar to that on Ferozepur Road, GT Road, Sheikhupura Road.

Uncertainty of past governments and bureaucracy due to ignorance and lack of town planning and due to urbanization of Punjab and lack of basic facilities in major cities, urbanization increased the pressure on the population of Lahore city. In the 1980s, a city with a population of twenty-five million and a half crores was reached, spreading over Raiwind, Manga Mandi, Sheikhupura, Sharkhpur, Muridke and the border to Kasur.

The rulers, bureaucrats and several government agencies started to build residential colonies on LDA and other government institutions by selling millions of acres of agricultural land to the Lodges for sale. A large portion of the budget was spent on Lahore, of which everyone received their share of the prize money, which is being paid by the residents of Lahore today that there is no business or jobs for them. As the people from small towns and villages started working on low wages, people from villages and small towns started to visit Lahore due to lack of health and education facilities, which resulted in only 39 years in Lahore. The adjoining villages of the city began to be counted in the central areas of the city which eliminated the unique culture of Lahore and the surrounding suburbs turned into concrete forests.

Today, millions of vehicles, motorcycles, rickshaw in the city are polluting the environment. Additionally, the city’s such a large population burns millions of tons of garbage daily. Dozens of gardens, bulls, and trees have been sacrificed for “Development” in the city of gardens.

It is very harsh to say that in the civilized countries, many master plans for development projects are often converted just for the sake of trees and historic gardens but unfortunately such rulers have been imposed on Lahore who was enemies of trees and vegetables.

All the major highways of Lahore used to be covered by the shade of trees, but today there are concrete buildings around them. To prevent the city from further destruction, new structures must be banned in the city for at least ten years and trees should be planted in all society plots.

Similarly, taxation should be increased to discourage vehicles and, like developed countries, the tax should be levied on city highways to reduce traffic pressure in the city and collect parking fee per hour. 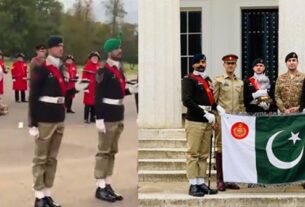 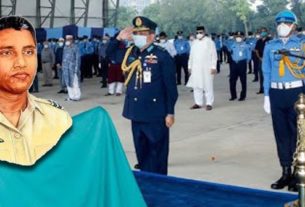