Meanwhile, in his congratulatory message, Moazzam Ahmad Khan, Pakistan’s High Commissioner to the United Kingdom (UK), commended Pakistan ‘s commitment and spirit to taking up the challenge. He said the Pakistan team once again displayed the highest level of discipline and excellence that our armed forces have retained. Since 1928, with its roots related to the Royal Regiment of Artillery, the Speed Sticking Race has been held in the UK. 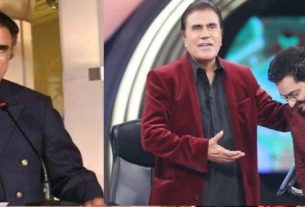