British Airways has finally resumed its suspended flight operations to Pakistan after a long gap of about a decade on Sunday.

In 2008, British Airways used to operate six flights a week between London and Islamabad which were stopped due to the security reason because that year there had been a suicide bombing attack killing 50 + people at Marriott Hotel Islamabad.

But now as the concerned government has been fully satisfied with the earlier security fears has announced to reopen their services between the UK and Pakistan.

Thomas Drew British High Commissioner to Pakistan has posted a video message on his official Twitter account in the same regard saying:

“This flight is the symbol of extraordinary links between our two countries.”

“I see this new service is a vote of confidence in the future of these links,” he additionally stated that it would give a particular boost to trade and investment.

“And it is, of course, a tribute to great improvement in the security situation in Pakistan in recent years,” he further spoke.

The first British Airways flight (BA-261) is supposed to departure on Monday with 240 passengers (holding flags of Pakistan and British in their hands) from Heathrow, London to Islamabad International Airport, Pakistan.

After the arrival of the flight, some important government officials from Pakistan like Minister for Aviation Ghulam Sarwar Khan, Advisor to Prime Minister on Commerce Abdul Razak Dawood, Special Assistant on Overseas Pakistanis Zulfiqar Hussain Bukhari and senior officials of Aviation Division and the British High Commission will welcome the passengers at the Islamabad International Airport.

Later on, they will have a joint press conference along with British High Commissioner Thomas Drew, Chief Commercial Officer British Airways Andrew Brem, and Secretary Aviation.

The flights between Pakistan and UK are scheduled thrice a week according to the Summer Session.

The Capital city of Pakistan is very rich in culture possessing a great treasure of unique architecture, Mosques, green spaces, museums and much more.

Hopefully, the Initiatives are supposed to provide momentum to the growth of the aviation sector in line with the National Aviation Policy, 2019 if the increase in the number of passengers and the cargo traffic will continue. 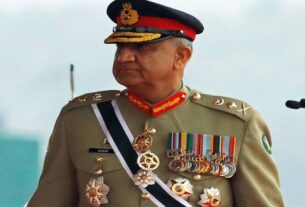 I am ashamed that my parents were Muslim