A global team of scientists has discovered three new planets from Earth, beyond the solar system. According to a foreign news agency, an international team of astronomers has detected three new planets outside our solar system The three planets orbiting the Bunch Hydra of stars located at a distance of 31 light-years orbital in their orbit around GJ 300. All three are being told that they are larger than the earth. One of these newly discovered planets, named GJ 357 d, It may also be habitable.

Experts say the average temperature on the planet is immediately estimated at minus 53 degrees Celsius. But there needs to be more research about the atmosphere such planets are called exoplanets or astronomical planets in the astronomical term.

Scientists confirming their presence include researchers from the German city of Gottingen. The first of these three planets are named GJ 357b, Scientists are also calling themselves ‘hot Earth because there the temperature is estimated at 250 degrees Celsius. One important thing is that this planet revolves around its star GJ 357It also covers its shadow to a great extent and thus reduces its light intensity.

The planet between which the three are named GJ 357 cIts temperature is up to 130 degrees Celsius And its deficiency is at least three to four times greater than the deficiency of the earth. 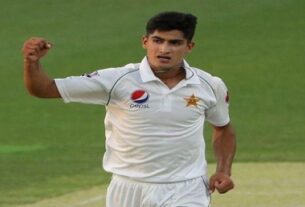 I GOT RID OF THE INJURY THANKS TO MY MOTHER: NASEEM SHAH