Shoaib has posted a video on his YouTube channel on Thursday in which he said, “She is so unlucky that whatever she does she gets unnecessary criticism from either Pakistan or India and that too for no rhyme or reason. If Pakistan loses a match she is targeted because her husband plays for Pakistan,”

“If she has gone to be with her husband and if she has gone out with him to have dinner…she has just had a child…what crime has she committed?” he added.

Moreover, he said that Sania was wrongly showered criticism over the defeat of Pakistan with 89-runs to India on Sundays World Cup fixture at Manchester.

Expressing his unhappiness, he further added, “How can you point fingers at a person’s family or personal life. Who gives you the right to do this? Just because you have a Twitter handle or social media account doesn’t mean you can point fingers at anyone’s family. I really feel sorry for her. If she has gone to be with her husband or gone out for dinner what has that got to do with performance. Did she tell him (Shoaib Malik- her husband) not to perform? How are performances and having dinner related?”

He also expressed his disappointment while talking about the Pakistani players by saying that he was very hurt over the stupid mentality and comments of the people on social media about the players.

“I feel sad because why can’t players go out to a late night dinner even if there is a match the next day as it is 12 o’clock is the curfew time.”

Veena Malik a Pakistan actress was along among those who have posted critical tweets at Sania for having dinner with her husband and baby.

Facing all the criticism, Sania Mirza also broke the ice and strongly reacted to the Veena Malik’s Tweet in which she made it clear that nobody is allowed to interfere in anyone’s personal life or to raise questions over the nourishment of the child.

After observing the criticism being showered on Sania Mirza, Shoaib Malik, her husband also tweeted and requested the people to maintain the dignity of the athletes and their families.

Aishwarya caused me and Salman’s breakup 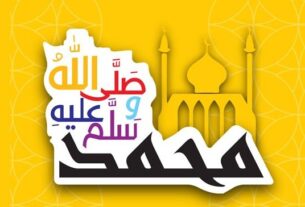 Gifts and Sunnah of the Prophet (Peace Be Upon Him)