Hammad Islam October 10, 2019 News, News in Image Comments Off on The 6-foot girl married a 2-foot boy and set a great example of love 98 Views

The bride wrote her name on her hand to express her love for her husband The Pakistani couple became the viral on social media.

According to details, a wedding ceremony was held in the Norwegian capital Oslo, the which Groom is 2 feet while the bride is 6 feet tall. Brahman Chishti wife Fauzia affectionately call him ‘Boo Boo’ They are only 2 feet tall That’s why the video of the couple’s wedding went viral worldwide and while watching the couple became the focus of public attention.

People from 13 different countries attended the Pakistani couple’s wedding in Oslo the wedding video of the day went viral on social media yesterday Which has not only been seen by millions of people till now, but is also being well liked by the couple.

At weddings 2 feet groom can be seen dancing on Punjabi songs with his friends Which is proof that Bobo is extremely happy with his marriage Burhan Chishti’s wife Fauzia is from Pakpattan district of the Punjab province of Pakistan.

I am a Website Developer at Protoday247. I have developed an 80+ website until today. Talking with experience and observation, I suppose working for Protoday247 is very easy as well very tough. It’s easy because I am well aware of the pros and cons of Web development due to my experience. And it is tough because of being a big and unique platform containing a vast variety of products. Still, my team and I are looking for more stuff and expecting to introduce unique ideas.
Previous Maryam Nawaz son Junaid Safdar made a big decision
Next I refused to marry Nimarta because my life was in danger 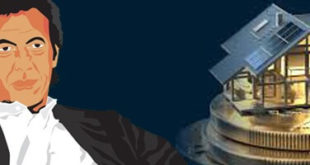