The house of Masjid-ul-Allah and the tree of Muslim identity is rooted in the Qur’an and the teachings of the Holy Prophet (PBUH). To divide any tree means to separate it from its root. when the Holy Prophet (PBUH) visited Madinah, he first built a mosque and then where Islam reached, mosques came into being with their comprehensive concept. he and his companions used to spend most of their time in the Prophet’s Mosque. This also shows the importance of the mosque in Islam. he allowed the mosque to become a church for worshiping on Sundays and not only a day for weeping but also for worshiping at every moment, eliminating the difference between day and night. He said that he should choose all the important issues in the mosque for mutual consultation for which the parliament and the upper house of law are being built today.

Man first set foot on the moon on the basis of his knowledge and now he is looking for life on history. In fact, he is ignorant of himself and is unknowingly moving towards the darkness which ruled everywhere before his arrival.

The house of Masjid-ul-Allah and the tree of Muslim identity is rooted in the Qur’an and the teachings of the Holy Prophet (PBUH). To divide any tree means to separate it from its root.

Today we find Shia, Sunni and Deobandi mosques, but we do not see the mosque of Allah, the purpose of which was to gather all Muslims under one roof to worship one God and teach brotherhood and humanity. In all these circumstances, the point to consider is that when Allah is one, the Book of Allah, the Holy Qur’an, is one, the word is one, then why are those who believe in Allah and His beloved Prophet not one?

Islam is a religion that came into being with a revolutionary message of justice and equality which is also explained in the hadith of the Holy Prophet. The translation of which is: “There is no superiority for an Arab over a non-Arab, nor for a non-Arab over an Arab, nor for a white person over a black person, nor for a black person over a white person except piety.” The whole world also witnessed the migration to Madinah and every year on the occasion of Hajj when all Muslims, irrespective of race, color and sectarianism, gather in the Ka’bah before Allah.

Today, this ummah has not only separated itself from each other through the wall of hatred, but it has grown in such distant hearts that it has also divided the holy house of Allah, the mosque.

Disagreement is a natural and natural process and consensus is possible only in two cases, either because there is no wise person or all human beings have a dead conscience so that they do not say wrong even though they know what is wrong.

There was also disagreement on the day-to-day affairs of the day, such as prayers and fasting. But it is ironic that this difference did not turn into opposition, nor did any person or group call the opponents enemies, but all benefited from each other’s knowledge. Therefore, we must hold fast to the rope of Allah and stay away from sectarianism. 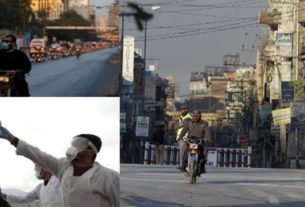 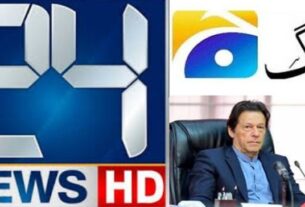 IN A LETTER TO PM IMRAN, PML-Q PRESIDENT SHUJAAT HUSSAIN BRINGS UP THE PLIGHT OF THE MEDIA

TOP US COUNTIES AT A RISK FOR MEASLES OUTBREAKS, PREDICTS A NEW ANALYSIS