Hammad Islam September 25, 2019 News Comments Off on THE NUMBER OF DEATHS HAS INCREASED IN KASHMIR DUE TO THE EARTHQUAKE 66 Views 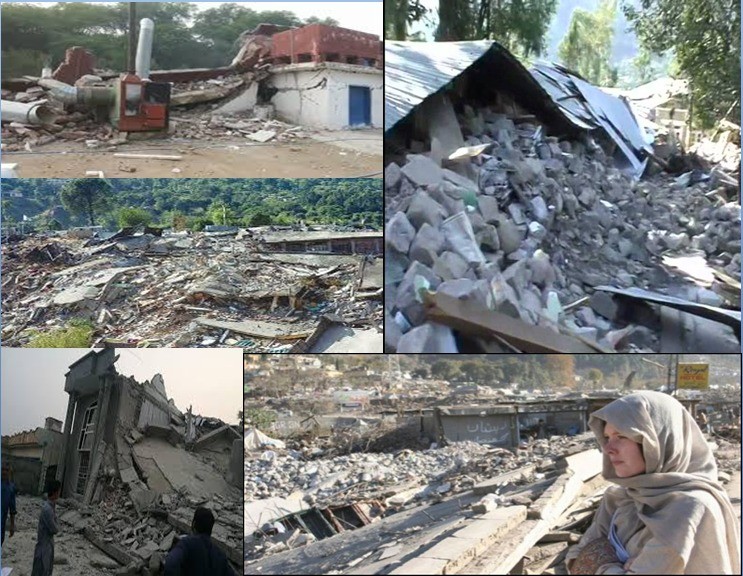 The earthquake has killed 24 people and injured more than 300 in different cities including Islamabad, Peshawar, and Lahore.

The earthquake caused panic among people and people came out of homes and offices.

According to the Chairman NDMA Lieutenant General Mohammad Afzal, 24 people have been killed and hundreds have been injured so far. He also said that the road to Jatlan is the most damaged, three bridges are demolished and many buildings are destroyed.

He further added that the road leading to Mangla has also been damaged. But the Mangla Dam is not affected by the earthquake, and the turbine operation is closed for some technical reasons.

The tents, blankets and medicines are being provided in the earthquake-hit areas. Five minutes before the earthquake, Mangla Dam was releasing 30,000 cusecs of water. There is a dam broken from the earthquake that will be hopefully filled up till tomorrow, said the Chairman NDMA Lieutenant General Mohammad Afzal.

Most of the devastation occurred in Mirpur Jatlan where walls collapsed, roads exploded and several vehicles slammed into the ground and the buildings have cracked and severe damage to markets and shops has occurred.

The 2 km of road to Jatlan broke down and collapsed in the canal due to the Earthquake and the canal was broken in Upper Jhelum which was timely filled.

In other cities including Bhimber, Kotli, Bagh, Rawalkot, Jhelum, the buildings were shaken due to the earthquake and the Roofs and walls have been sucked into the ground.

NDMA has set up an operation room in this regard.

The Information Minister Azad Jammu and Kashmir Mushtaq Minhas told the media that about 22 people are reported killed and more than 250 are injured. He further said that our top priority is to save the lives of the people. Our rescue operation is underway.

Prime Minister Imran Khan has expressed deep concern over the damage caused by the earthquake.

He directed the concerned departments to provide prompt assistance of all kinds concerning relief in the affected area.

President Arif Alawi also prayed for the highest levels of the victims, expressing deep sorrow and grief over the loss of life and financial loss caused by the earthquake. The President has prayed for immediate recovery of the injured while expressing solidarity with the affected families.

As per the ISPR, Army personnel, rescue and medical teams have been dispatched to the scene of the accident and air support has also been issued in light of the Army Chief’s direction.

According to Wapda spokesman, Mangla Dam and powerhouse are not damaged by the earthquake. The spokesperson further said that Mangla Lake has been thawed due to earthquake.

Irrigation Punjab has closed the canal Upper Jhelum after the earthquake and the staff is monitoring the banks of the canal to deal with any unforeseen situation.