Breaking News
Home / Uncategorized / THE US DOLLAR HAS TOUCHED ALL-TIME HIGH AT RS145.88 AGAINST PAKISTANI RUPEE IN THE OPEN MARKET

THE US DOLLAR HAS TOUCHED ALL-TIME HIGH AT RS145.88 AGAINST PAKISTANI RUPEE IN THE OPEN MARKET

Hammad Islam May 16, 2019 Uncategorized Comments Off on THE US DOLLAR HAS TOUCHED ALL-TIME HIGH AT RS145.88 AGAINST PAKISTANI RUPEE IN THE OPEN MARKET 140 Views

The exchange rate of the US Dollar has seen the highest ever rise against Pakistani Rupee jumping to 145.88 in the open market as on Wednesday, 15th May.

There are high predictions that the local currency may drop even further due to the current increased value of dollar i.e. by Rs.2.25 given by the Exchange Companies Association of Pakistan.

The report says that earlier this week, the greenback’s value had risen by Rs.2 in exchange of Pakistani Rupee being traded at Rs.143.70 on Monday whereas on Tuesday it weakened by 0.20% than the previous day and closed at the rate of Rs.145.88.

The Secretary-General of Exchange Companies Association of Pakistan (ECAP) Zafar Paracha told the media on Monday, “Fears of further devaluation as a result of the agreement with the IMF have depressed the currency market and the rupee may lose more against the greenback in the coming days.”

A local businessman Amir Shah in this regard has also given his comments saying the dollar has gone “rare” in the midst of rupee’s free buoy, “I have been struggling to purchase dollars for the last two days. Currency dealers are either saying they don’t have the currency or they can only give up to a certain amount.”

Another local banker has quoted, “The potential for the higher rate of dollar is visible in the inter-bank money market.”

The investors have been anxiously looking forward to the Dollar Bills in the FOREX Market but disappointingly broke out over the unmentioned agreement signed between the government and the IMF authorities this Sunday.

The Business experts predict that if the Pakistani rupee continues sliding down might take the country’s Economy to an alarming situation. 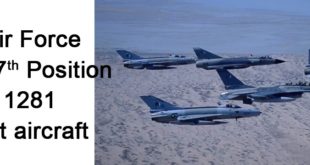