The UAE is connecting the Barakah nuclear power plant to the national power grid for the Arab world first.

The oil-rich United Arab Emirates (UAE) announced that it will be connecting its Barakah nuclear power plant to the national grid for the first time in the Arab world. The landmark follows the successful start-up of the first reactor at the end of last month and sets the UAE on the road to fulfilling 25% of its energy requirements from nuclear power.

“The secure and efficient link of Unit 1 to the UAE grid is a crucial moment as we begin our mission to power the nation ‘s growth by supplying clean electricity around the clock,” said Mohamed Ibrahim al-Hammadi, CEO of Emirates Nuclear Energy Company. “We are confident that our people and our technology will continue to make progress in order to achieve … Completion of the remaining three units, with the aim of providing up to 25% of the UAE’s electricity needs for at least the next 60 years.

The facility on the Gulf coast west of Abu Dhabi was supposed to go live at the end of 2017, but encountered a series of setbacks that officials related to health and regulatory requirements. The UAE has large oil and gas reserves, but with a population of 10 million, it has made major investments in the production of renewable alternatives, including solar energy. Barakah which means “blessing” in Arabic — is the first in the area. Saudi Arabia, the world’s largest oil exporter, has said that it wants to construct up to 16 nuclear reactors, but the proposal is yet to materialize.

Barakah was built by a consortium led by the Korean Electric Power Corporation at a cost of some $24.4 billion. More than 950 kilometers (approximately 600 miles) of 400 kV overhead power lines had to be constructed to link the plant to the grid. Barakah’s three other reactors are said to be nearly ready for operation.

Construction work on Unit 2 has already been completed and Units 3 and 4 have been completed by 93 percent and 86 percent respectively. The UAE sits just across the Gulf from Iran, which has its own nuclear power plant near the coastal town of Bushehr, as well as a controversial uranium enrichment programme.

The UAE has repeatedly stated that its nuclear ambitions are for “peaceful purposes” and has ruled out the development of any enrichment program or nuclear reprocessing technology. This has also worked to resolve any health issues, underlining that more than 40 external reports and inspection missions have been accepted by the factory.

Near Qatar — the object of a boycott by Saudi Arabia, the UAE, and others since June 2017—said last year that the Barakah plant poses a “flagrant danger to regional stability and the climate. 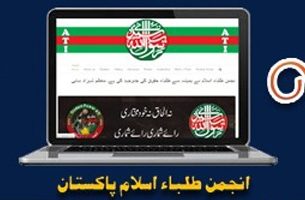 A GOOD NEWS FOR THE PAKISTANI & OVERSEAS STUDENTS 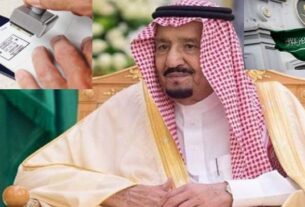 SAUDI GOVERNMENT HAS EXTENDED THE VISAS