Warning…! The “Mola Jat” is not meant for children and those with a weak heart, Filmmaker

Although most Pakistani filmmakers and directors make this claim every time although his film is a family-watching movie, in reality it is also not suitable for viewing with family and especially young. Some action-packed and bold scenes of some Pakistani films released in the past were inappropriate for young children. However, the filmmakers still called their films family films.

He explained that he did not take the children with him, saying that his film was an action thriller. So some scenes will have awesome graphics so if you do not take the children to the cinema, it would be good. He also claimed that seeing the Legend of Moula Jat, the role of Moula and Noor would be inseparable for a new generation. 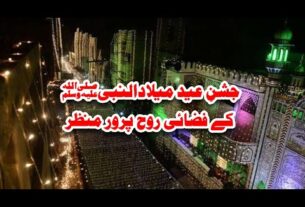