In this regard, the government has begun to use tactics, Raids are being conducted on the homes of the central members, This kind of situation will create tension, We won’t back an inch from our schedule in this includes not just JUI(F) activists but all political parties, doctors, lawyers and all the people who will come.

Such behavior will not lead to successful negotiations, He also promised that we would not adopt such an attitude, but the people who gave us vehicles They are being banned, Petrol pump owners are being told not to give them oilThe shopkeepers in Islamabad were told not to give them food and drink. The non-violent attitude has led to the liberation of the nation. To use the government’s institutions and resources brutally against its people, I do not think they will succeed The nation will never allow this. 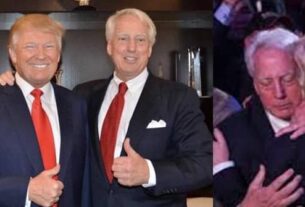 Trump’s younger brother is passing away

AN EXPLOSION HAPPENED IN A MOSQUE IN QUETTA,