A downpour was observed in the historical city of Pakistan, Lahore on Tuesday, 16th July killing a minor girl and 13 others injured.

The rain a blessing has turned a curse to many families taking their loved ones’ lives away. Due to the downpour, many incidents happened affecting many people in different areas of Lahore city.

A 6-year-old little girl identified as Urooj Fatima died and 7 others got wounded in a signal accident near a Beijing Underpass in Lahore. Two more minor girls were harmed in the same incident but luckily were taken to an emergency clinic.

Another incident was noticed on Peco road where a house wall fell wounding 3 people.

One more man was injured close to the Mochi Gate due to the falling of the vehicle in a drain.

The reports have told that the rain started a night before and lasted till Tuesday Afternoon affecting many areas of the city. Due to the heavy rain, many roads and streets in the city were full of water and the traffic system was also influenced.

Many low-lying areas in the city like Shadman, Chowburji, Mozang, Samanabad including China Scheme were highly affected by the rain. And their savage systems were also affected. The downpour caused the savage water to mix up with rainwater which has made the situation even critical. The shops and ground floor houses and apartment were seen full of drain water causing the citizens trouble.

The authorities have told that the drain clearance process is going through and the roads and streets will be cleared very soon for the traffic.

The MET officials have informed that the rain was recorded as 300 millimeters till then.

As per the MET, there would be another downpour spell by 23rd July. And the upper parts of Punjab along with Lahore city are still under the highest possibility of heavy rains. 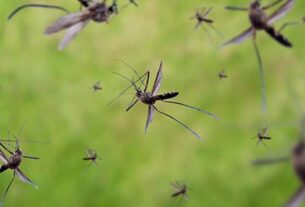 Analysis reveals that Dengue will provide defence to COVID-19 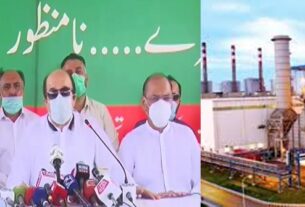 PTI Sindh brings in another power supply company in Karachi